The immersion can begin from the beach or boat; we anchor at 5m, and follow the outline of the mountain, passing by the cliffs, until reaching the point, depending on our air usage we can go right the way round and come back through a narrow passageway. There is a nursery area with large schools of juvenile fish in search of protection in the rock formations. We can find three typical mediterranean habitats here: rock, Posidonia Oceanica meadows and sandy areas.

Located in open waters, a half mile out from the La Isleta promontory, at an underwater mountain where you can see great examples of serranids, like groupers and pollack. There are enourmous conger and moray eels between the cracks in the rock. Large schools of barracudas, sea bass, common dentex and other fish. There is also a lot of small sealife such as nudibranchs and planarians. An XVIIIth century anchor can be seen. Maximum bottom time is 20 minutes with air. 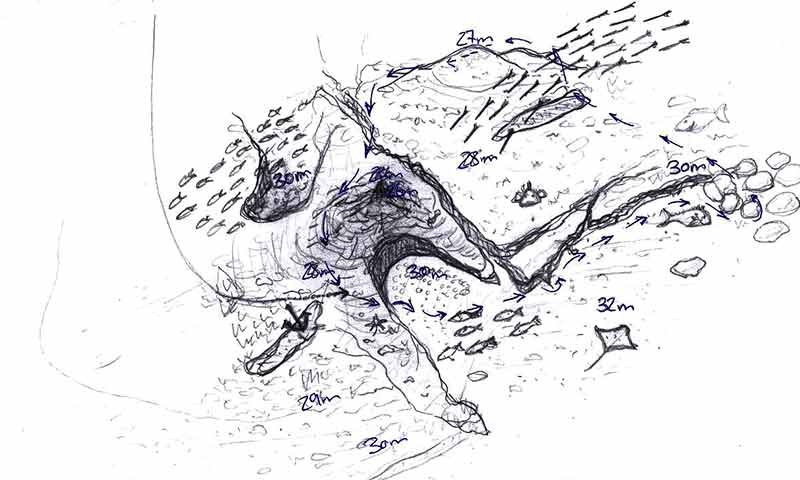 An extensive area, with several possible routes depending on the sea and wind conditions, that always has an abundance of life: red mullets, groupers, moray eels, octopus, shrimps... The immersion starts at the 8m anchor point and goes through passages and rocky areas, until reaching an underwater mountain. At the end of a large canyon with a sandy bed we´ll find a small cove that is home to several large grouper fish, pollack, sea bass and huge amounts of cardinal fish. In the last part of the outing we we´ll explore several fractures that penetrate the cliff walls. Spectacular light and shadow effects. 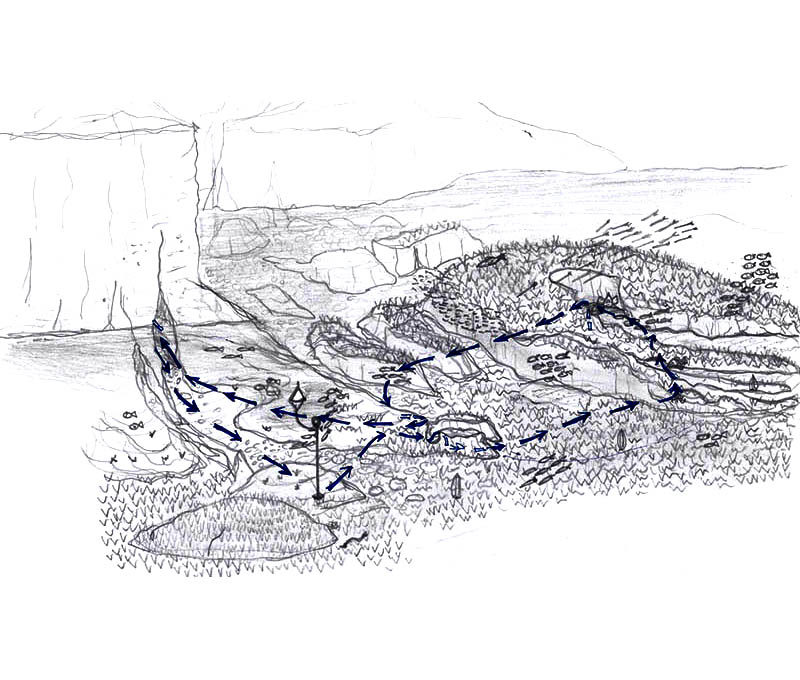 Located nearby the San Felipe castle. An underwater mountain emerges from a bed of sand and Posidonia Oceanica, from 15 metres to six metres, where the boat is anchored. Completely covered in Posidonia Oceanica. An enourmous anchor lays rested between the Posidonia Oceanica in a connecting flat. There is a nursery area where we´ll see large schools of juvenile fish, and on ocassion we will be spectators to the predatory activity of some carnivorous fish like barracudas, sea bream and common dentex. 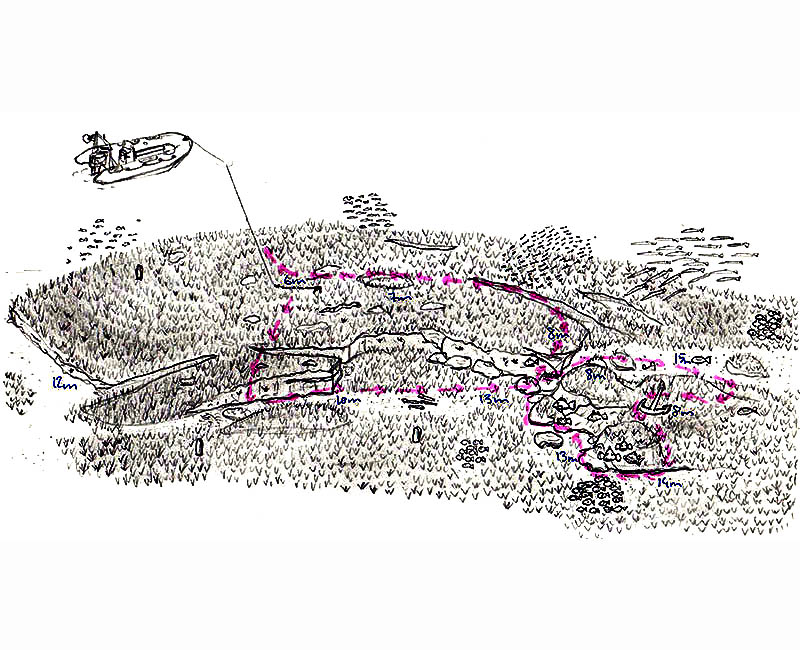 Immersion located just below the Mirador de la Amatista, it can only be accessed by boat, it anchors on a rocky bottom at a depth of 5 meters. Rocky step parallel to the coast cut by numerous canyons that we will cross, returning to the anchorage at its upper part. Beautiful dive, area with an abundance of groupers, pollock, corvinas, conger eels, moray eels and spectacular nacras among the Posidonia. 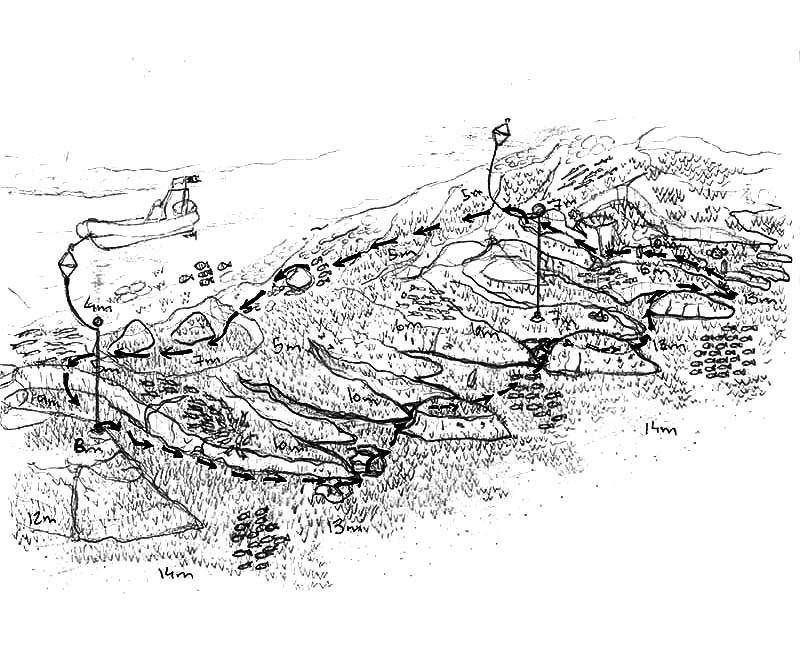 Close to la Isleta, in the middle of the bay. In the large Posidonia Oceanica meadows that cover the sea bed, we´ll come across various fractures that are parallel to the coastline, forming a structure reminiscent of terraced cultivation. There are two steps between 30 and 180cm where we will see moray eels, scorpionfish and groupers amongst the openings. The anchor point is at 14 metres, close to an old anchor that lays on a stone covered in benthic organisms. . 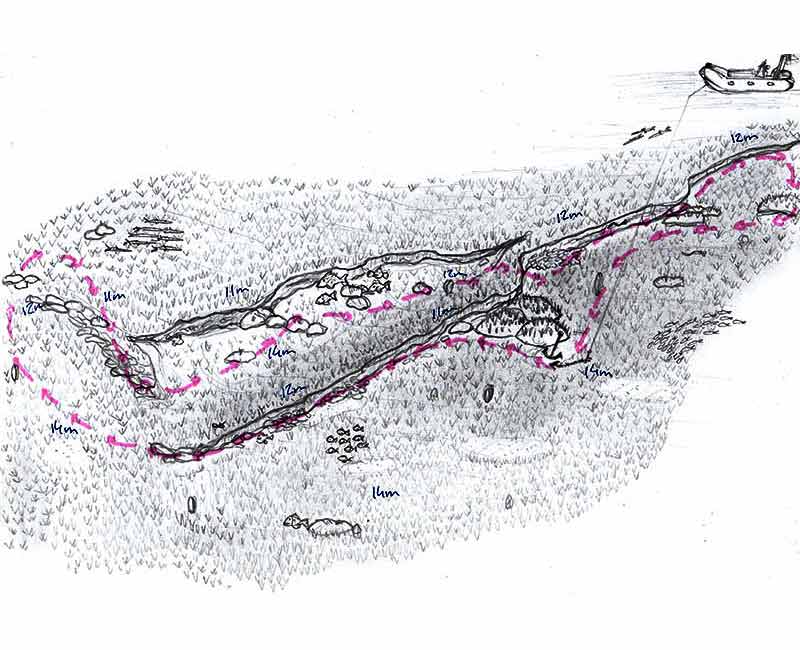 We´ll anchor over a bed of rock at 5 metres, over the high side of a large rock formation, close to a structure similar to a glacial circus, from where a narrow canyon will take us to the deeper area. An area with various canyons where we´ll visit a small cave inhabited by sea bass and hundreds of cardinalfish, on our way back to the boat we´ll go up through a pretty arch to the higher part of the formation. There are large schools of mojarras and flathead grey mullet. . 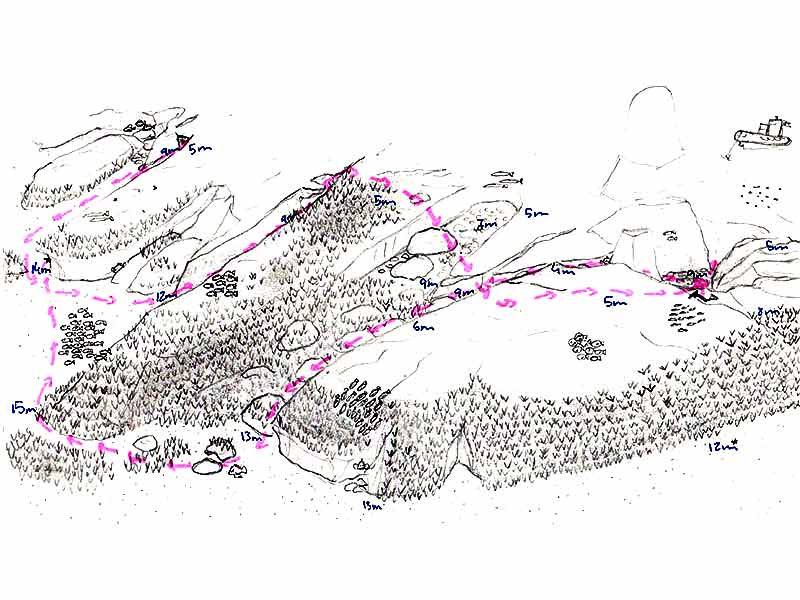 Calm dive, protected from the east wind near the Cala del Carnaje. We will anchor in a sandy clearing on a seabed of Posidonia near the wall. Once down, we will follow the profile of the cliff to gain depth. Area with beautiful rock formations. Also suitable for beginners, given its ease and good visibility. Interesting invertebrate life. Many brunettes. . 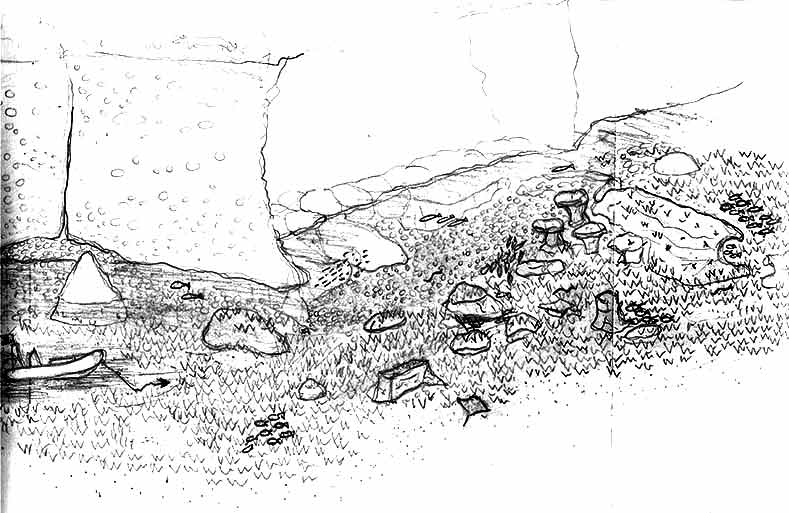 It is a dive located on the west side of Playazo (Rodalquilar), we will anchor in a rocky bottom at a depth of 12 meters, a dive with various itineraries and very interesting, made up of large blocks of volcanic stone, it has as special interest a formation reminiscent of a Mayan pyramid, as well as a cave called Cueva del Bergantín. Maximum depth 14 meters. . 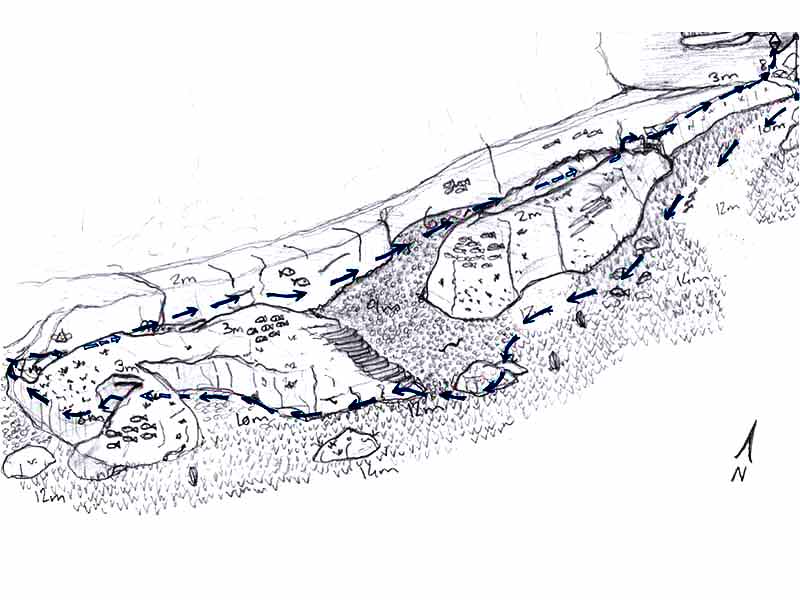 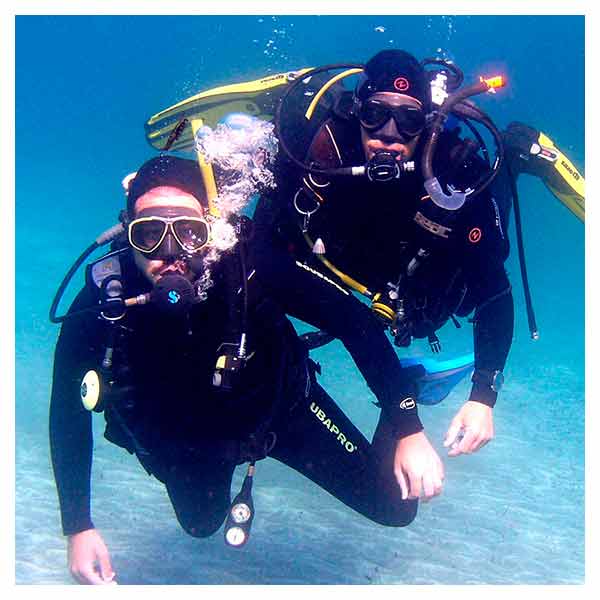 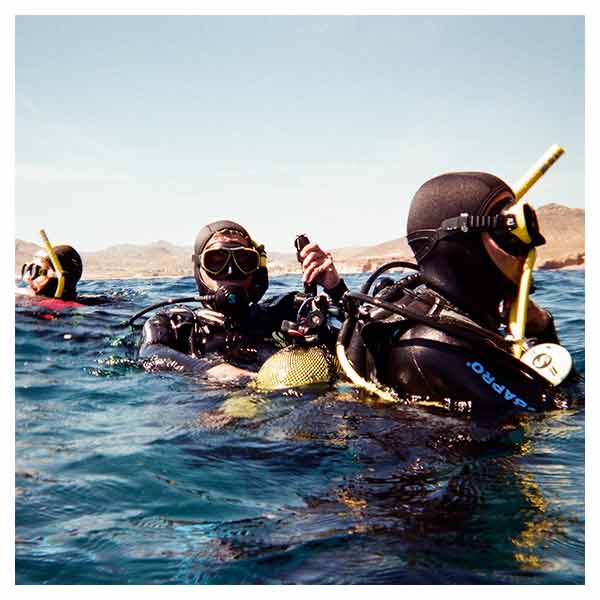 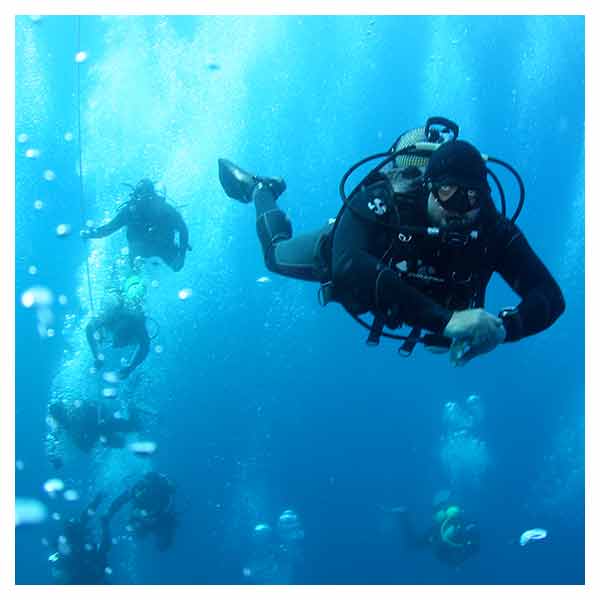 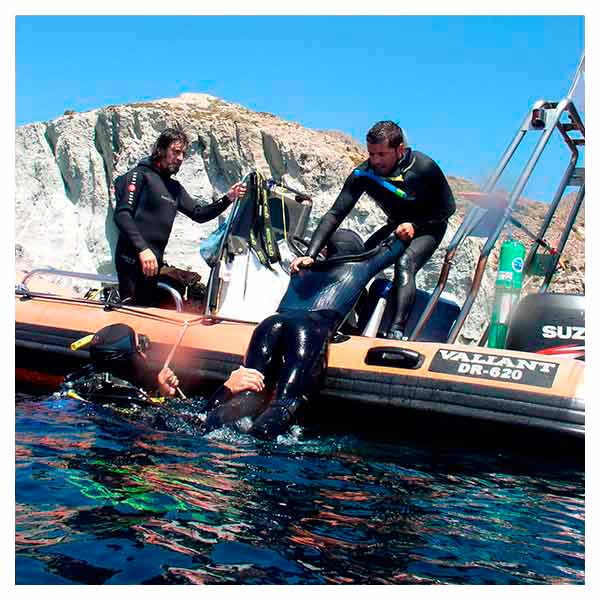 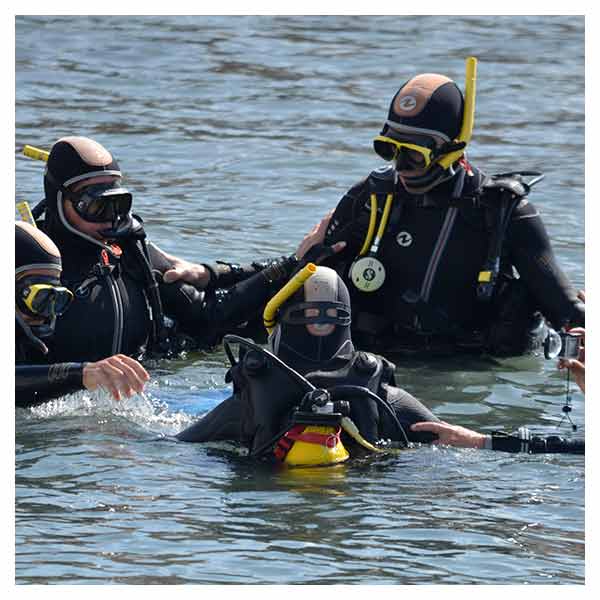 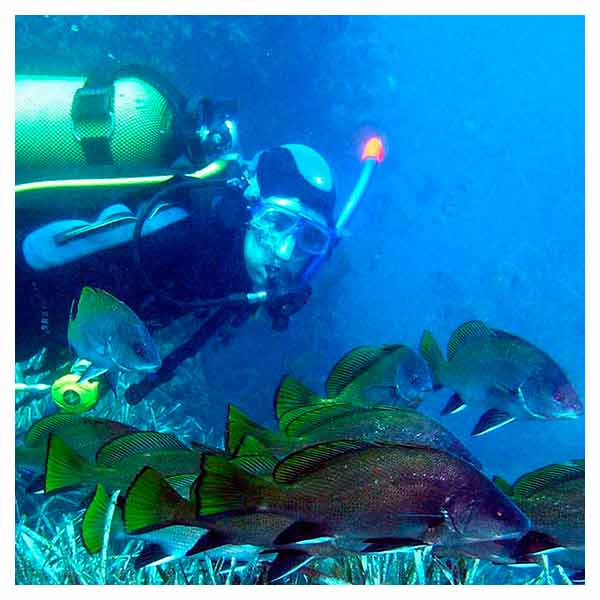